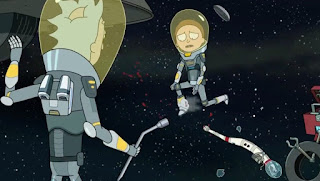 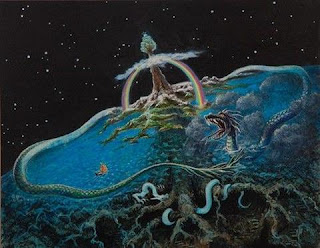 Jörmungandr is the snake from Norse mythology that circles the world and represents the chaos of the unknown at the fringes of our world concept. Thor hits Jörmungandr with Mjölnir out at the edge of the world in the middle of the ocea, but Jörmungandr wasn’t evil. Jörmungandr was a son of Loki, and Odin feared it as it got bigger and so threw it out into the ocean, where it grew to encircle the whole world. It’s interesting how ancient maps draw monsters at the edges of maps, because we have been taught to fear the unknown. 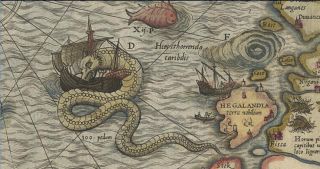 The unknown is a source of happiness as a child, because of the adventure of exploring it, but after failed adventures learning turn into labels of shame we have wear, the unknown becomes more of a risk than a joy. When we are a kid the idea of being a fireman, engineer, doctor and astronaut don’t seem to conflict at all, whereas we quickly realize that maybe even just one of them would require more of us than we can or want to give. We give up the dream of exploring the world and instead focus in on trying to be an expert in one or two things, and while in that territory we feel safe from shame, and so we adamantly avoid anything pulling us out of where we feel in control.
Buddha said, “The root of suffering is attachment.” I originally heard a translation which used the word “desire” instead of “attachment,” but then found the one that I think translates the best which is, “clinging.” Our relationship with the unknown in life is twisted because we stopped exploring it with child-like wonder and started clinging at it. The space snake in Rick and Morty season 4 episode 5 on first contact with alien life decides to bit it.
I clearly remember sitting at a restaurant in Mexico and ordering chicken empanadas. There were two bowls of salsa, a large bowl of red salsa and a small bowl of green salsa. Like any good gringo, I thought I knew exactly what salsa verde was… even though I distinctly remember wondering why it looked more yellow than green. My Spanish was pretty bad at the time, and I don’t think the chief or my friend understood my comment, “Salsa verde is the best, why put it in such a small bowl?” I’m not sure why the looks on their faces didn’t alert me to reconsider whether I was totally in control. Despite the color of the salsa and the wide eyes of the chief and friend, I bit the corner off my empanada and filled it up with the green salsa. The next bite was tasty, a little different than I thought it would be, but delicious. The bit that followed was mostly salsa being that it pooled in the top of the empanada. Instantly I was sweating profusely, eyes watering and a splitting headache. My friend and the chief started laughing. “What is this?” I said in between long drags of water and pouring salt on my tongue. “Pureed habanero with lime.”
It's not that desire is inherently bad, but being certain we know what we want before we have it is a recipe for disaster. It is easy to look at an attractive person and imagine how happy they could make us and how happy we think we could make them, before even knowing anything about them. It doesn’t even occur to us that maybe what we call love at first sight is just some coincidentally being a great canvas to project our immature concept of love on. We can tell how much of what we called love was a projection when we see how strong our impulse to control them is or how little time we take to see things their way when they do or say something different than we would.
Love is creating a space big enough for all of someone so that we can understand them. When someone says or does something different than we would, it should be a pleasant surprise not a fear to learn someone knew about someone we love. It is a sad reality that shame and blame have made us all so insecure that we desperately want to see validation that we are worthy of love, whether that is measuring attention from others or in measuring how much others mimic us. Wanting to see someone mimic us so that we feel safe is not love. Wanting someone’s attention just to prove that we are worthy of attention is not love either. It’s not our fault, we were born into a world that indoctrinated us with it. The mirror we hold in front of our face, which blocks our view from everything except our reflection is our concept of our self. We don’t need a concept of our self to be a self, in fact, we can’t truly be a self in the world if there is a mirror wall between us and it. Jerry in Rick and Morty was willing to die and let hundreds of other people die rather than feel like he needed anyone’s help. He did this to prove to Beth that he was worthy of her love, only to miss out on actually being there for her when she needed him most.
Don’t miss out on life because you are too worried you aren’t doing it right. Put down the mirror blocking your view and then you won’t have to blindly cluck at what parts of the unknown you think you can use to feel in control. Our first impulse when we see a beautiful flower might be to pluck it, but we don’t have to control things for them to be beautiful. Be excited to be a kid again and see the world as an adventure. 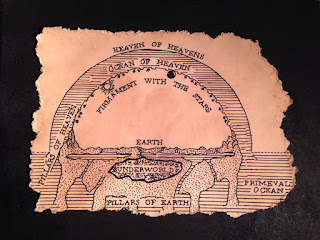 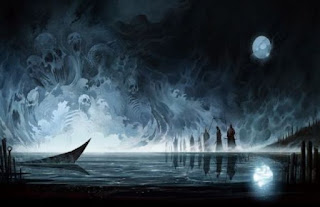